What happening in September 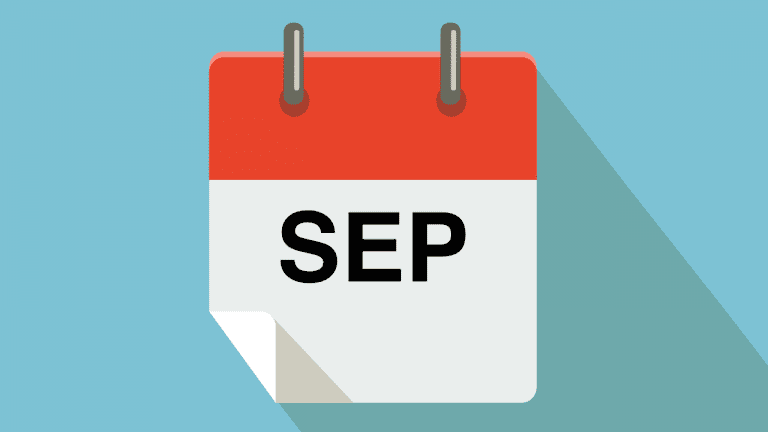 As students return to school or start college, September is normally the time when companies like Dell, Apple and Lenovo will sees a surge in sales in computers, smart phones and tablets. However due to the current global economic situation, and the fact we are all watching the pennies, this year you might be looking at cheaper alternatives to what you might normally buy.

If this is the case, then perhaps rather than buying an Apple iPhone you might want to consider the impressive Google Pixel 6a. In many ways this Android phone is far more impressive than its iPhone counterpart. So not only will you get a larger screen than the 2022 iPhone SE, you also get excellent performance with a very clean and easy to use UI. The only issue we have had so far is that battery life on the Pixel 6a, is not quite as good as the iPhone but that might be fixable with a future software update.

Get Microsoft Office for free!

For the students going to University, don’t forget that most universities will give you a free copy of Microsoft Office to use for the duration of your studies. You might also find that other normally expensive pieces of software can be downloaded from your students portal and used for free. For students at school or college, it is worth checking with your teacher to see if you are entitled to a free copy of MS Office. While this benefit will be dependent on your school or college’s licensing agreement. If your school does not offer free copies of MS Office to its student. You can buy the Student and Home addition of MS Office for a reduced fee.

Alternatively if you are a parent working for a company that uses MS Office. Its worth checking to see if work will allow you to have a copy of Office under their licensing agreement. You should be able to find out if you are eligible for a free copy of MS Office by contacting either your IT or HR departments.

Computers worth consider for the new Academic year

This brings us to purchasing a new computer. As you often get what you pay for, we tend to mostly recommend Apple hardware. Yes, Apple hardware is often more expensive than its competitors. However, we find that for build quality, reliability and longevity you can’t go too far wrong with a MacBook Air or MacBook Pro. However, while the new Apple M2 MacBook Air will certainly catch your eye. If you are on a budget, seriously consider the Apple M1 MacBook Air, as it offers excellent performance and battery life, at a cheaper price.

For those who prefer Windows computers, a brand you may not have consider before is Huawei. Not only do Huawei offer a great range of powerful computers that should cater to just about any budget. If you use their website Huawei will often bundle free items like headphones with their hardware. So if you need a cheap well spec’ed Windows computer, we recommend you buy directly from Huawei and consider the Huawei Matebook D14.

However, for those on a very limited budget, a Google Chromebook is worth considering. While we like the high end Google Pixel Go, a Lenovo Chromebook Duet is a fantastic little computer at a great price. While ChromeOS is very limited in its functionality, as it can’t run Microsoft Office. You can install something called Linux Development Environment (LDE) which will allow it to run Linux applications.

Granted it is a little difficult to get to grips with using Linux commands to install programs and applications. However, once you have installed what you need, there is no need to use the terminal again as your Linux apps will load as if they are native ChromeOS programs. So not only will you expose yourself to Linux, suddenly you have a really cheap computer that can run all sorts of free open source software.

At the beginning of the month we will be releasing a video on how you enable low power mode in macOS. A feature we have found to be very useful when enabled on our M1 MacBook Pro. Then because at the end of last month, we took a look at how you install Linux Developer Environment (LDE) onto a Google Chromebook. We are going to look at installing LibreOffice on a Chromebook.

As it is our intention to release a whole series of videos on how you install Linux applications into ChromeOS, if there is a Linux application that you would like us to cover, please leave a comment and we will do our best to include it in the coming months.

For the rest of September we will be releasing a video were we take a look at how you hide pages from the Home Screen on an Apple iPhone, along with how from the terminal you can reset the Bluetooth module in macOS. Then for our members, we will be releasing the next time limited video in our series on how you setup a Synology NAS. So in this video we will be looking at how we give your NAS a static local IP address.

On Youtube we will be releasing a video on how you clear the cache on an Xbox Series X console. Then for students returning to school with Chromebooks, we will release our video on Installing Linux Development Environemnt in ChromeOS. We will then be posting an iPhone video relating to how you silence nuisance or unwanted calls, along with video for Chrome browser on how you use Group tabs. Finally at the end of the month, as the members timed exclusivity has ended, we will be releasing the first video to our beginners guide on how you setup a Synology NAS, running Disk Station Manager 7.